A Cat® excavator is next in line to carry on the tradition of Cat equipment appearing on the big screen when it joins the team of hero robots in the highly anticipated film “Transformers: The Last Knight,” directed by Michael Bay opening in theaters today.

Audiences will spot the Cat excavator among the vehicles hiding in an auto salvage yard along with Cade Yeager (Mark Wahlberg) and a group of the heroic Autobots.

Speaking on the excavator’s movie appearance and shared attributes between Caterpillar and the Transformers films, Jessica Nunley, global marketing innovation manager for construction equipment at Caterpillar, comments both brands are well aligned. “The attributes associated with the Transformers movie franchise – strength, loyalty and protection – line up perfectly with the Caterpillar brand,” she says. “The Autobots take on the role of partners who help the movie’s hero rise to the challenge, and Caterpillar views our customer partnerships the same way. As we develop new products for the jobsite of the future, we’re all about transformation. We want to help our customers change the construction industry for the better.”

The Age of Smart Iron offered by Caterpillar transforms jobsites by allowing entire fleets to speak the same language and introduces machine advancements faster and more frequently than ever before. “Through the integration of Cat Connect technologies, such as LINK, GRADE, PAYLOAD and DETECT, Caterpillar is changing the way the construction industry can increase productivity, achieve efficiency gains and protect the safety of workers on the jobsite,” says Kurt Norris, global marketing manager, Global Construction & Infrastructure division. “We have entered the Age of Smart Iron and I can think of no better way to exemplify this paradigm shift than to join forces with the iconic Transformers movie franchise in the film ‘Transformers: The Last Knight’.”

Rise to the Challenge

Every day, Cat equipment rises to the challenge to help customers overcome their trials – tough conditions, impossible deadlines and the never-ending fight to grow margins. In conjunction with the movie release, Caterpillar has launched www.werisetothechallenge.com to release information related to Cat equipment and the movie.

At www.werisetothechallenge.com, customers can find Transformers: The Last Knight movie trailers as well as downloadable ring tones and wallpapers. Subscribers to the online newsletter will receive details about the movie and Cat equipment. Site visitors can enter a hat give-away beginning July 1 (while supplies last), and also enter a sweepstakes to win a Cat toolbox beginning on August 1.

About "Transformers: The Last Knight"

In Transformers: The Last Knight, humans are at war with the Transformers, and Optimus Prime is gone. The key to saving the future lies buried in the secrets of the past and the hidden history of Transformers on Earth. Now, it's up to the unlikely alliance of Cade Yeager (Mark Wahlberg), Bumblebee, an English lord (Anthony Hopkins) and an Oxford professor (Laura Haddock) to save the world. The film opens in cinemas nationwide beginning June 21. 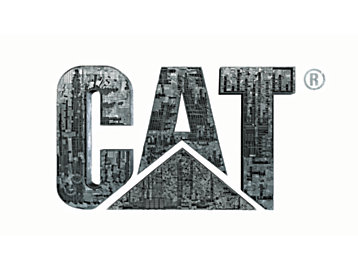 Note to Editors: Caterpillar rolls out products and services in each of its territories at different time intervals. Although every effort is made to ensure that product information is released only after Caterpillar has received confirmation from our dealer network, our plants, and our marketing subsidiaries that products and services are available in the relevant region, editors are kindly requested to verify with their local dealer for product availability and specifications.

CAT, CATERPILLAR, their respective logos, “Caterpillar Yellow” and the “Power Edge” trade dress, as well as corporate and product identity used herein, are trademarks of Caterpillar and may not be used without permission.